As a first generation college student, college access is something that is near and dear to my heart. Navigating the college-going process was overwhelming to me. I had no idea how to apply to colleges, no idea how I was going to pay for college, and despite having not done it in years, the FAFSA remains the bane of my existence.

Me and my brother being very cute during Michigan College Month, I mean October, circa 1995

The Michigan College Access Network understands that all of those things are barriers that keep kids—especially those who are the first in their families to go to college—from pursuing education beyond high school. That’s why they’ve designated October as Michigan College Month. Part of a larger, national initiative Michigan College Month encourages every graduating senior to submit at least one college application and complete the Free Application for Federal Student Aid (FAFSA) by the end of the month. This year, more than 350 high schools across the state participated in #MICollegeMonth events.

I wish that College Month existed when I was a high school senior. Thankfully I had two very supportive parents and a few great teachers to lean on—some kids aren’t as fortunate and, not surprisingly, many don’t end up attending college.

When I first started high school, I didn’t see myself as college material or have any desire to go to college. I was a smart kid with lots of potential, but I knew what I wanted to do with my life (like every 15 year old, I knew everything there was to know about everything, if we’re being honest) and I knew that the profession of my dreams would require continued education, but not college. I wanted to be a cosmetologist.

To give myself a little credit, cosmetology wasn’t just a half-baked pipe dream—I had a game plan for how I was going to become a cosmetologist. Rather than go to an expensive school like Douglas J, I was going to go to the Jackson Area Career Center. By attending the career center and high school at the same time, I would be a licensed cosmetologist by the time I graduated.

My mom was supportive of my idea, but my dad was not. He always wanted me (and my brother) to go to college. When the time came to sign up career center, I learned that cosmetology classes were offered during the second half of the day—the same time AP classes were offered. My dad refused to sign the consent form, alleging that AP classes were more important than learning how to cut hair, and my 5 year plan was ruined.

The Moxie Mountie journalism staff, circa 2011?

I was a smart kid, I got good grades (remarkably good given the amount of effort I was putting in, actually) and was involved in all kinds of extracurricular activities. I was involved in student government, I was an editor on the journalism staff, I was part of Link Crew, but I just didn’t see myself as college material. I would have never pursued higher education, especially anything other than community college, had it not been for my cousin Chad.

When I was 15 years old, my parents let me travel alone to New York City to visit my cousin Chad and his wife Eileen. That trip changed my entire life.

All of a sudden I realized that there was a world outside of Jackson, Michigan. Up until that point, I had only known one reality and that was living in a small town full of people who never left. I realized that I had been setting the bar really low for myself. I was more concerned with the future of my relationship with my high school boyfriend than I was about my own future and my own happiness. (I’m sure you’ll be shocked to find out that we broke up).

I spent the week being the quintessential tourist—and a proverbial sponge. I was soaking in everything that I could. The sights, smells and sounds of the city. There were so many people in New York. I didn’t know any of them, and for the most part, they didn’t seem to know each other, either. That was a far cry from the small town I had just left, where you know virtually every person you bump into, and you very likely know their entire extended family, too.

I went to Central Park, the Statue of Liberty, the World Trade Center, the Chrysler Building and Times Square. I rode the subway (and bought a Metrocard!), I rode in a taxi and I jaywalked across streets I had heard of but never imagined being on. I toured the set of Saturday Night Live and went on the Sex and the City bus tour. I bought knock-off Dolce and Gabbana sunglasses in Chinatown, ate a hotdog from Gray’s Papaya and had sushi for the first time. I had the time of my life.

Every one of those experiences was magical to me, but they aren’t what changed my life. What changed my life were the conversations that we had while doing all those other things. Chad and Eileen asked me questions that no one else had asked me. What did I want to do when I graduated? What college did I want to go? What did I want to major in? What was I doing right now to make sure that I was an appealing candidate? Was I well-rounded enough? Was I getting good enough grades? The ACT—had I taken it? Was I studying for it? They had knowledge and insight that other people didn’t.

Me and my freshman roommates at MSU. Fall 2012.

The last night I was in town, we went to dinner at the nicest restaurant I had ever been to. I remember talking to both Chad and Eileen over dinner about what my next steps would be when I got home. They were smart enough, and they cared enough, to not only have these conversations with me, but to give me action items that I would execute on my own—and they followed up, too. 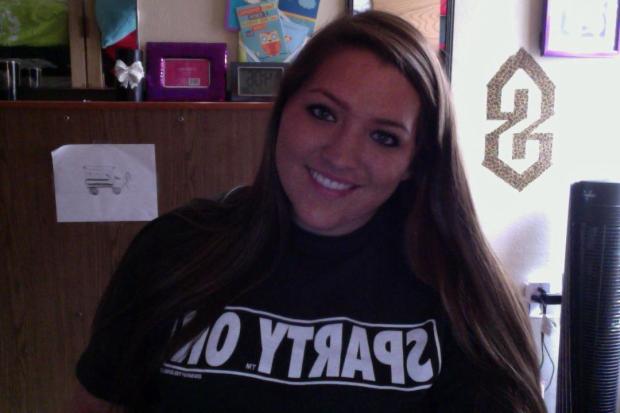 The quintessential college picture. Me sitting in my college dorm, wearing a Sparty On t-shirt, with a super tacky duct tape “S” on the wall.

Chad wanted me to apply to the University of Michigan, or as he referred to it, “the Harvard of the Midwest.” He knew that I loved writing, and he and Eileen talked to me about all the possible avenues that writing could take me down. For the first time in my life I felt like the world was my oyster. I felt like I could do anything or be anything that I wanted, as long as I worked hard enough.

I went to New York the summer I was going into my sophomore year of high school. That trip lit a fire under my ass and motivated me in a way that nothing else could have. When I started school that year I hit the books hard. I hadn’t necessarily done so hot in school my freshman year and I was not about to let laziness keep me from going to college.

This is right after I told Max I originally didn’t plan on going to college.

I also found my passion that year in the form of a high school journalism class. I loved that class more than any other class I had ever taken and it laid the foundation for what would be my future career. My journalism teacher, Mr. Woodruff, was one of the greatest teachers and mentors I have ever had, and I would not be where I am today without his guidance and constructive criticism—it’s what helped me become a good writer. It turns out red ink isn’t always bad.

MAMA, I MADE IT

As confusing as the college application process was, I fumbled my way through it and applied to Michigan State University in the fall of 2011. I got my acceptance letter on February 18, 2012—my mom’s birthday.

Selfie taken during my graduation ceremony.

I spent 4 years at MSU, changing my major the same number of times. I graduated in May of 2016 with a Bachelor of Art in Communications.

Nothing about college was easy—not the application process, not the courses, not the exams; nothing. But it was worth it, and that’s what matters.

Ultimately, I applied to college because I knew higher education was the path to becoming a more well-rounded person, creating a better life, having more opportunities and better wages. I’m so glad that I made the decision I did.

The third annual Michigan College Month is coming to an end, but MCAN is doing so much more to ensure that high school students in Michigan know that they are college material and have the means to pursue higher education. For additional information on MCAN initiatives, like them on Facebook or follow them on Twitter. 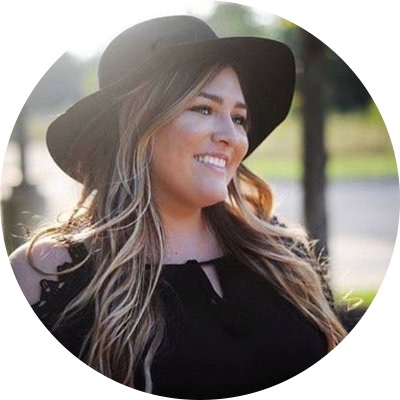 Hi, I’m Emily. I’m a cat mom, storyteller, lover of plants, cats, pretentious coffee + beer, politics, makeup and fashion. Thanks for reading along, I hope you stick around.

All smiles because I’m getting vaccinated next week! 🥳🤩
Scent is such a profoundly personal preference. I’m drawn to woody, spicy fragrances — think tobacco, amber, vanilla, vetiver. Basically I like to smell like a sexy man. 😂 What do you like to smell like? I tried out two fragrances from @dossier.perfumes, a company that makes high-end scents at an affordable price point, and blogged about my experience. #linkinbio
I’m the queen of never wearing appropriate footwear. 👑
Happy Valentine’s Day from George and his chocolate covered strawberry.
Everything about @glowbyauric by @ssssamanthaa is so aesthetically pleasing: the unit carton, the packaging, the products. I’ve been testing the Glow Lust Radiant Luminizer and the Smoke Reflect Eyeshadow Duos for over a week and they are both so wonderful. A full review of the brand is up on my blog.
Have you started a new job during the pandemic? Interviewing and on boarding is nerve racking at any time but doing it entirely remotely can make it even more so. I wrote a blog, inspired by a recent conversation with my friend @lahall01, about my tips and advice for starting a new job during the pandemic. #linkinbio

Connect with me on social